It started with a nothing shot of some trunks and branches, converted to mono and split toned with grey and purple. 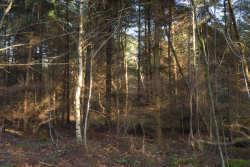 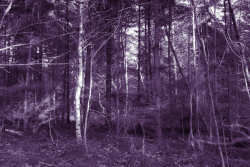 A couple of graduated filters - one to reduce unwanted sharpness and darken the top half and the second to brighten the floor and give more depth to the image, followed primarily by increasing the exposure, reducing clarity, and a few minor tweaks. 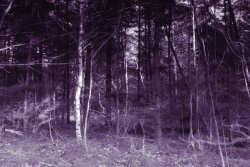 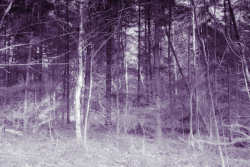 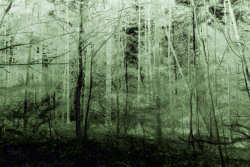 Next up is not a direct negative, but instead a gentle white-grey gradient blended in Difference mode - this results in a darker more constrasting image with an effect which better suits where I decided to take it. 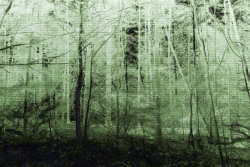 The binary overlay was randomly generated via a simple script I wrote to fill the screen with digits; white text on black background, blended 50% Dodge. 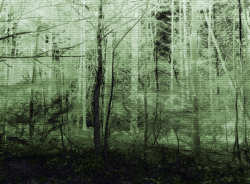 Cropping off the right hand side strengthens the image, and reduced the amount of cloning that needed to be done. I'd decided to crop earlier, but on an image like this I'll often wait to see how things turn out before deciding where to re-frame. 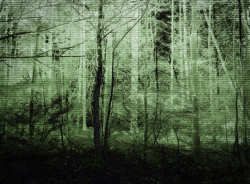 A slight vignette and some tweaks to clarity and contrast complete the image.