This entry is essentially just an excuse to show of some of the photos I took, so without further ado, I present you with the British army helicopter that somebody decided to name after a text-only web-browser, Lynx 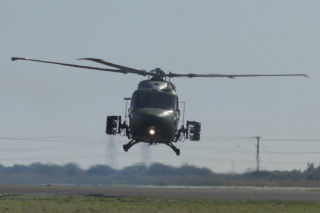 It was fun watching formation flying from a Canberra, Hawker Hunter, and DeHavilland Sea Vixen 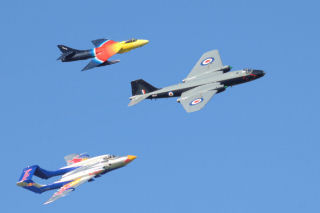 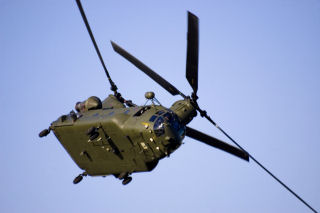 Although the B-17 Flying Fortress was nice 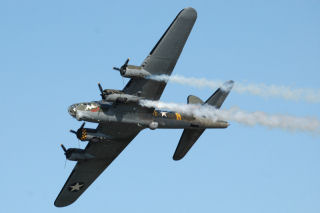 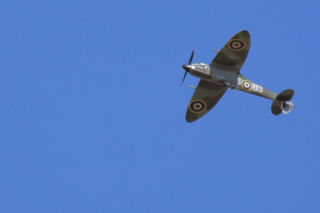 Here's the Hunter and Sea Vixen again, in a dogfight... or should that be bullfight? 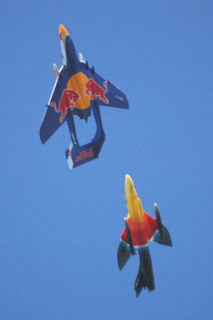 Here are some planes that were doing some formation aerobatics 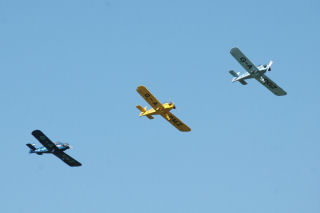 Including flying under a low gate... 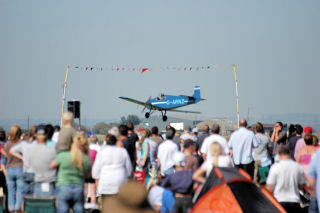 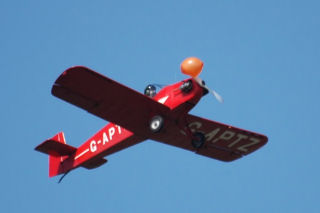 Here's another one of the Lynx as it took off 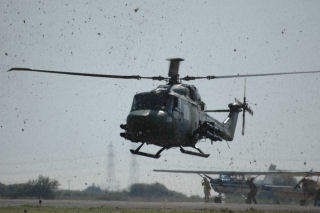 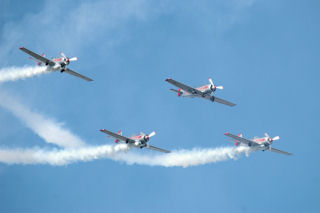 The Canberra has a couple of very useful features: one, a waving-hole, for putting your hand through and waving at people with; and two, a notice to warn people not to walk through the solid chassis 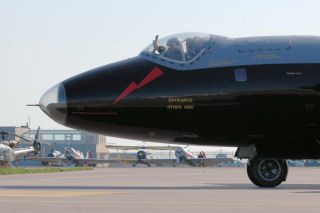 Well, I've got a whole host more photos, both different shots of the machines I've already shown and of other aircraft I haven't shown, so if anyone is interested in seeing them then just ask. :)