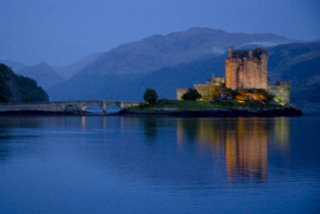 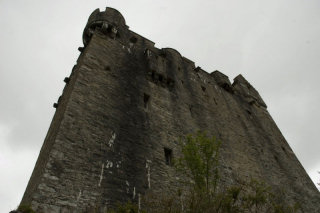 Well, it's okay, but could do with a wee bit more mood and atmosphere. The sky in particular is very flat and dull. With the amount of contrast between the castle and sky, there's little point in trying to work them together, so I ignore the castle and set to work with Lightroom getting the sky how I want it. I take the exposure down to -2, boost the contrast, lower the brightness, and using the split toning feature I add a bit of colour. Which essentially produces this:

Some people may like the fact that the castle is now silhoutted, but personally I want to have some detail in there. Fortunately, because it is silhouttted, it is incredibly easy to cut out and paste the sky over the original image in Paint Shop Pro. Which provides this: 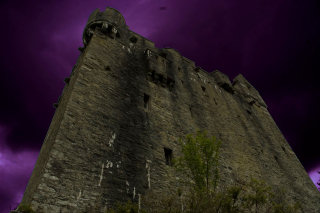 Nice, but still not quite there. The castle is now too bright, it needs cropping to give the image a better shape, and it's a bit too sharp. I want to keep the detail, just make it less stark, so I add a bit of grain to the image, which makes it look like this: 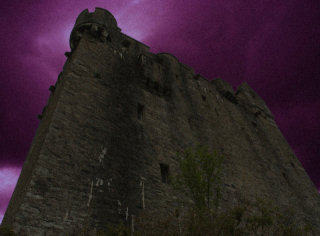 I cheated a little here and used Paint Shop Pro's Picture Tube feature for the actual bolts (I've not yet been lucky enough to get any lightning photos of my own). Creating a seperate layer I selected the ones I wanted and move them about appropriately, and here is the final result: 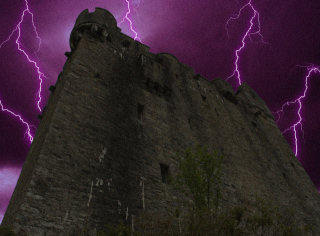 What do you think? Love it? Hate it? Anything you would've done differently?